A top-secret police report — kept hidden for decades due to its “sensational” details — could reveal how Robert Wagner murdered his wife, Natalie Wood! That’s the stunning claim of a leading legal expert, who has filed a bombshell lawsuit to get hold of the explosive document.

The National ENQUIRER exclusively obtained court papers disclosing the existence of the hushed-up account, known as the “Miller Report” and written by a top investigator.

“This report could reveal Natalie Wood’s death was a murder, and why Robert Wagner did it!” Sam Perroni, a former federal prosecutor in Little Rock, Ark., told The ENQUIRER.

The “stonewalling” by the Los Angeles County Sheriff’s Department in sitting on the document “has begun to look like a conspiracy of silence to protect Robert Wagner and/or the department from public scrutiny,” Sam added. “Wagner has gotten a pass from them for nearly 35 years, and it’s time for them and Wagner to be held accountable! 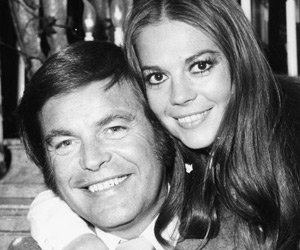 “This report is a public record. They must release it now!”

In his 1983 book, “Coroner,” Dr. Noguchi said he gave Paul specific instructions to “examine the stern of the Wagners’ yacht for any disturbance, or evidence of violence, that the police might have missed … (and) check the dinghy for any sign of a struggle.”

Dr. Noguchi later wrote: “When Paul Miller’s report on the real facts of the death of Natalie Wood arrived, I read it and decided not to release the document to the press. It added details the media would only call ‘gory’ and ‘sensational.’”

As The ENQUIRER has reported, on the night of the tragedy, Wagner exploded in a jealous rage on the couple’s yacht, “Splendour,” and fought with Natalie in a booze-fueled brawl, according to “Splendour” Capt. Dennis Davern. The couple was entertaining Natalie’s “Brainstorm” co-star, Christopher Walken, on the boat at the time.

Dennis, who passed a police polygraph test, implicated Wagner in Natalie’s death, and accused him of delaying the search for his missing wife.

In a bizarre coincidence, Paul was also a witness in the case, The ENQUIRER has learned. He was skippering a schooner, “Easy Rider,” off Catalina on the night of Natalie’s death and heard Wagner broadcast a radio message saying, “‘Easy Rider,’ are you cruising in the vicinity?” When Paul said he wasn’t, Wagner responded, “Well, this is ‘Splendour.’ We think we may have someone missing in an 11-foot rubber dinghy.”

The L.A. County Sheriff’s Department reopened the investigation into Natalie’s death in 2011, and the Medical Examiner’s Office changed the official cause of death from “accidental drowning” to “drowning and other undetermined factors.”

In his report, Coroner Lakshmanan Sathyavagiswaran cited unexplained fresh bruising on Natalie’s right forearm, left wrist and right knee, along with a scratch on her neck and a superficial scrape on her forehead. Officials concluded the wounds opened the possibility the actress was assaulted before drowning.

Authorities said Wagner, 85, refused to cooperate with cops, and homicide investigators later labeled him a “person of interest.”

In a shocking twist, both Paul and Dr. Noguchi attended a top-level meeting after Natalie’s death probe was reopened, according to Sam.

“They pulled all the evidence together and took everything, including Miller’s report, into account. That’s why they changed the cause of death,” Sam said. “When details began to surface nearly 35 years ago, I did not believe then, nor do I believe now, that Natalie’s death passed the smell test.”