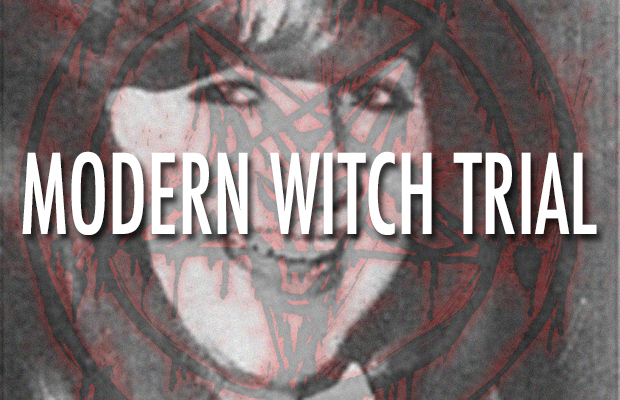 Everyone is familiar with the Salem Witch Trials, but unbeknownst to many, some witches are still being put on trial in the modern era. Carole Compton was one of these alleged witches who found herself at the center of a series of strange series of paranormal events during the winter of 1983. Locked up and labeled a sorceress, Compton’s bizarre case has long left supernatural sleuths scratching their heads. In the Summer of 1982, Ayrshire, Scotland native Carole Compton met her dream man, an Italian military soldier who swept her off her feet. She’d fallen so hard for him that just a few short weeks after they met, Carole decided to pack up her entire life in order relocate closer to him. That decision would be the turning point that spun her entire life in a very strange direction.

Once she’d settled in nicely in Italy, Carol began looking for a job and landed a position as a live-in nanny for the Ricci family. While the work was mundane, it wasn’t long before strange occurrences began happening around the home. One afternoon, the family maid happened to notice that one of the Ricci family’s many religious paintings had fallen off the wall, coincidentally (or not) just as Carole had passed by. The maid, who was herself a very religious woman, had suspected there was something “off” about about Carole, and secretly confessed her fears to the Ricci family. With a busy family vacation just days away, the family decided to reassess Carole’s position when they returned, but in the meantime, the young woman would accompany them on their trip to the Italian Alps. 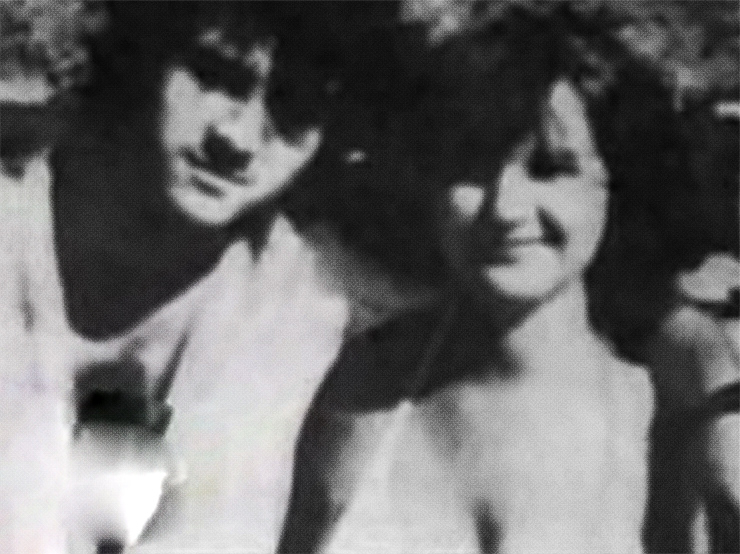 During the trip, no more than three mysterious fires broke out in the rented vacation home. Authorities confirmed that the bizarre fires were the cause of some faulty electrical wiring in the home, but even though there had been a perfectly believable explanation, the Ricci family were convinced that Carole had been the cause behind the fires. She was immediately fired from her Nanny position.

It wasn’t long before Carole found herself another nanny job, this time for the Tonti family who lived with their grandparents on the beautiful island of Elba. Again, the family instantly began experiencing a series of paranormal activity that ranged anywhere from loud bangs on the walls to objects moving around on their own. Carole herself began to complain that she was hearing an unexplainable scratching sound on the walls of the house. The family also witnessed, on more than one occasion, many of the religious icons falling off walls and countertops whenever Carole was present in the room.

The family began to suspect that the young woman was a witch, specifically a Strega Witch, an accusation which Carole laughed off wholeheartedly. Unfortunately for the Tonti family, the a strange reaction to religious paraphernalia wasn’t the only thing that seemed to have followed Carole. One evening a terrible fire broke out in the bedroom of the Tonti family’s three-year-old daughter, nearly destroying the entire home. Thankfully no one was harmed, however ,when the police arrived they recognized the strange young woman who had suspiciously also been at the scene of the Ricci house fires. With no other option, the police arrested Compton, who was charged with attempted murder.

Thanks to over-the-top tales of the “Witch Nanny”, the story grabbed the attention of the press seemingly overnight. Newspapers all over Europe ran with fantastical headlines like “The Girl They Call a Witch”. Public opinion on the event was split down the middle, with one side shocked with Italy’s justice system for engaging in a literal witch hunt, and others who believed that the woman had made a pact with the devil and deserved to rot away in a prison for her crimes. Even the famous parapsychologist Guy Lyon Playfair, most well-known for his work in the Enfield Poltergeist case, attempted to get involved. Carole, however, believed that any association with the paranormal, even if it was to disprove her “powers”, would stain her reputation even further.

Carole never once admitted to having any paranormal abilities, nor did she confess to setting the strange fires. That, unfortunately, didn’t convince the court system, who kept her detained for sixteen months before her trial was set. Numerous forensic experts testified that there was, indeed, a very strange nature to the bizarre fires, even going so far as to refer to them as “abnormal”. During the trial, the courts were so afraid of the young woman’s supposed powers, that she was only allowed in the courtroom if she was kept safely inside a iron-barred cage. Fortunately for Carole, she was found not guilty for attempted murder. On the other hand, she was charged with attempted arson and sentenced for one and a half years inside an Italian prison. Since she had spent the same amount of time awaiting her trial, Carole was released immediately, and for pretty obvious reasons, she moved to America and put the whole terrible spectacle behind her.

There have been plenty of theories about what exactly happened to Carole during the years she spent in Italy, some of which include poltergeist activity, psychokinesis, to unintentional magick spells cast. Even Carol herself suggested the possibility of a poltergeists, as the activity always seemed to get worse as the tensions inside the homes built. Years after the trial Carol wrote a book about the experience called SUPERSTITION: The True Story of the Nanny They Called a Witch, in which she recaps the experience from her point of view. While there’s no way to make any definitive conclusions about what happened during the months that Carole Compton lived with both the Ricci and Tonti families, anyone familiar with poltergeist activity knows that people often report experiencing a violent activity that can range from objects moving on their own, to mysterious fires.

Carole Compton has never once faltered in her innocence, and at the end of the day, all of the accusations are just rumors.. undoubtably interesting ones. How did the fires start? How come experts were unable to explain their origins? What about the religious objects compelled to leap from walls and counters in Carole’s presence? We’ll never truly know, but there is one thing we can all agree on: cases like the Nanny Witch will always captivate our imagination and keep the paranormal debate going for years to come.