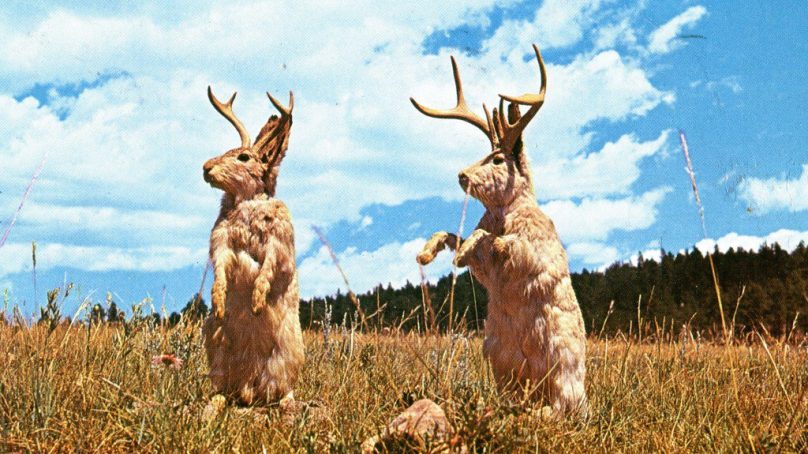 When it comes to mythical creatures, the general rule is the bigger, the better. Beasts like the Loch Ness Monster and Bigfoot have captured the imaginations of millions, and led to generations of monster-hunters attempting to track down these legendary animals. However, there’s one cornerstone of cryptozoology that’s a little smaller than most of its mythical brethren: the jackalope. Essentially a rabbit with the horns of an antelope, the jackalope has been a key part of American folklore for centuries. But unlike those other critters, it turns out that there might be an element of truth to the tales of this one- although maybe not all the stories are true!

A rabbit with antlers would certainly be an unusual sight, but there’s plenty more to the jackalope legend. The tales go back to Colonial times, but it was in the days of the Wild West, when pioneers reported many odd discoveries, that the jackalope as we know it started to take shape in the great American imagination. Apparently, the jackalope wasn’t afraid to use those powerful horns to attack anything it came across- travelers were even advised to wear stovepipes on their legs for protection from this wild beast! 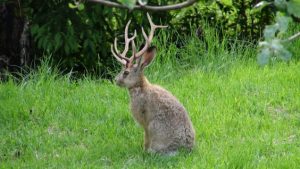 That’s not to say that jackalopes don’t have a playful side, though. When cowboys used to gather around the campfire and sing songs, some alleged that passing mischievous jackalope would join their songs, in a distinctive tenor. As for the rarity of these creatures, that’s explained by the fact that they can allegedly only breed at the moment lightning strikes. Not that they aren’t up for it- apparently, jackalope milk is a powerful aphrodisiac, and you’ll still find that some places in Wyoming sell the stuff.

So, are jackalopes real or not? Well, the fact of the matter is there’s both fact and fiction behind the tale. The jackalope as we know it today was actually popularized by a hoax carried out by Douglas Herrick and his brother, a couple of fraudsters with some serious taxidermy skills. They’d go out into the woods and hunt both deer and jackrabbits, and then stick the antlers from the former onto the latter. They sold the result to a local hotel in Douglas, Wyoming, hence why the state has tried several times to have the jackalope adopted as their official mythological creature. The Herrick brothers were familiar with the various jackalope legends, but it was probably their tall tales that they told to gullible customers helped it take shape into the picture we know today. 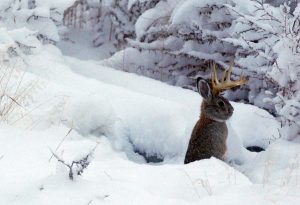 Douglas Herrick and his son eventually opened up their very own taxidermy store, where they sold mounted jackalope heads for decades to come. What he likely didn’t know, though, was that there really are horned rabbits lurking out there in the American wilderness- although there’s a much less mythological explanation behind the phenomenon. Douglas started producing his jackalope heads in the 1930s, but at the same time, a scientist named Dr. Richard E. Shope happened to be thinking about just the same stories. He’d heard tell of horned rabbits in America dating back to the 1500s, but rather than brushing it off as mere legend, he decided to find out if there really was something to the tales.

He was convinced that a virus was to blame, and after tracking down some samples, he found out that he was right! The virus, which he named after himself as the Shope papilloma virus, causes horn-like protrusions to grow from animals’ skin. They’re made from keratin, the same thing that forms teeth and hair, and they can grow from anywhere on the rabbit’s body, although naturally the “horns” were what drew the most attention from those who stumbled upon the unlucky bunnies. Shope actually created a vaccine for a similar condition in humans based on the rabbit version of the virus, so maybe we should all be a little more grateful to the humble jackalope!

So, it looks like this is one tall tale that has a grain of truth in it, and we guess you could say that there really are jackalopes hopping about out there. Luckily, though, you can leave those stovepipe pants at homes- these little critters are perfectly harmless!

3 PHYSICS PHENOMENA WHICH INDICATE A HAUNTING