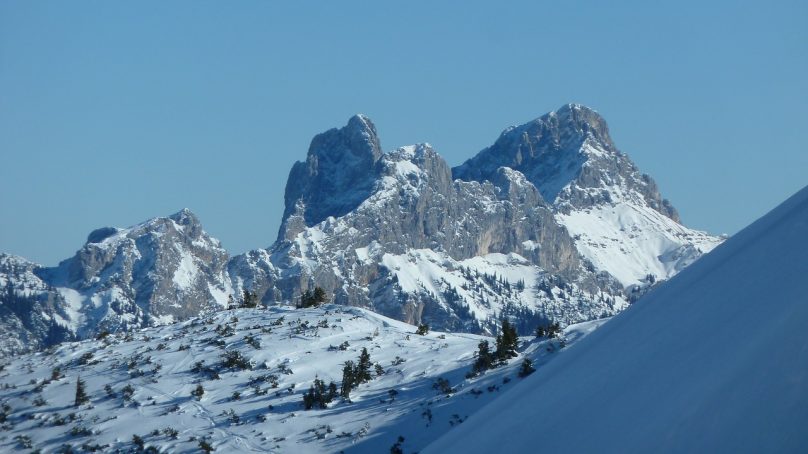 A 49-year-old man named Constantinos “Danny” Filippidis was recently found alive and well in Sacramento, California, after disappearing 2,900 miles away during a ski trip on Whiteface Mountain, New York.

Filippidis was missing for seven days after last being seen by friends at the ski resort on February 7th. The veteran firefighter from Toronto had been skiing with a group of fellow firefighters near the end of the day, when he told his companions he wanted to make one final pass at the slopes. When those accompanying him were unable to locate Filippidis as the facility was closing, a search began which spanned nearly 7000 hours, employing search dogs and helicopters, during which no signs of Filippidis were found. The missing skier’s vehicle and belongings remained at the resort.

With few leads and the passing of several days, hope for the missing skier’s recovery had begun to dwindle. Then in an amazing turn of events, Filippidis was found in an apparent state of confusion 2,900 miles away near Sacramento, California, one week after his disappearance.

He was found was wearing the same ski gear and goggles he wore when he disappeared and was admitted to an area hospital for medical attention after calling and notifying his wife.

Authorities have said that Filippidis “was found confused and unable to answer questions as to how he got to California,” and are presently at a loss to explain how the married father of two managed to travel to the opposite side of the country within the period he was missing.

Currently, it is believed that Filippidis himself will not face criminal charges. It is also unlikely that he traveled by plane while he was missing since his identification remained behind with his vehicle and belongings at Whiteface.

Image of Filippidis released by authorities while the search was underway (New York State Police).

In the early stages of this investigation, Filippidis has said little about the ordeal, although a few clues have been offered. The 28-year veteran firefighter has reportedly discussed the belief that he may have suffered a head injury while on the slopes, and that he has vague memories of being on a big rig truck (presumably the vehicle used to transport him across the country). He further states that he likely slept mostly while on the vehicle.

Another unusual note includes the fact that Fillippidis, upon arriving in Sacramento, apparently received a haircut.

Until further details emerge, a kidnapping cannot be ruled out, though other things come to mind as well. For instance, in 2012 a number of articles appeared in various publications following the release of a short Vice documentary on the horrors of the drug scopolamine, which is often used to assist in various crimes committed in parts of Columbia. “Quickly dissolved in liquids, criminals slip the powder into drinks or sprinkle it on food,” Digital Journal wrote of the drug. “Reuters states that victims become so docile that they have been known to help thieves rob their homes and empty their bank accounts.”

It is unclear whether authorities have released details about transactions that may have occurred while Filippidis was missing, although presumably his credit or debit cards would have been located with his identification and other belongings, which were said to have remained behind at the Whiteface Mountain resort. Nonetheless, Filippidis was able to purchase an iPhone at some point while traveling, which he used to call his wife on Tuesday, still somewhat confused, though able to recall his wife’s nickname.

If a kidnapping had indeed been involved, as the scant supporting evidence might suggest, it is hard to determine what, apart from a financial incentive, the motive would have been. Additionally, since no ransoms were made apparent, the notion that Filippidis was assisted with his cross-country journey, and possibly against his will or while under the influence, is all the more perplexing.

Shaun Hampton of the Sacramento County Sheriff’s Department told Syracuse.com that, “Our deputies didn’t immediately understand the gravity of the situation,” and that some law enforcement staff didn’t believe the man’s story until his information was run through a missing person database.

“How you end up from New York state to California, people are going to assume what they’re going to assume,” said Frank Ramagnano, President of the Toronto Professional Firefighters’ Association.

Although a logical explanation is likely to emerge in the coming days, the circumstances surrounding the unusual disappearance, and sudden reappearance of Danny Filippidis are mysterious for now, to say the least.

Love the article? Listen to our favorite podcast at http://mysteriousuniverse.org for more.