The Beauty Myth and Vagina author Naomi Wolf is not sure about this Edward Snowden character. “I hate to do this but I feel obligated to share, as the story unfolds, my creeping concern that the NSA leaker is not who he purports to be, and that the motivations involved in the story may be more complex than they appear to be,” the political and intellectual firebrand writes in a Facebook note today, as noted by Gawker.

Before she gets to the evidence, though, she warns that her thoughts are nothing against the Guardian, which may have been duped: “It is just to raise some cautions as the story unfolds, and to raise some questions about how it is unfolding, based on my experience with high-level political messaging.” Just saying!

Wolf begins by wondering about the neatness of Snowden’s plan:

He is super-organized, for a whistleblower, in terms of what candidates, the White House, the State Dept. et al call ‘message discipline.’ He insisted on publishing a power point in the newspapers that ran his initial revelations. I gather that he arranged for a talented filmmaker to shoot the Greenwald interview. These two steps — which are evidence of great media training, really ‘PR 101″ — are virtually never done (to my great distress) by other whistleblowers, or by progressive activists involved in breaking news, or by real courageous people who are under stress and getting the word out. They are always done, though, by high-level political surrogates. 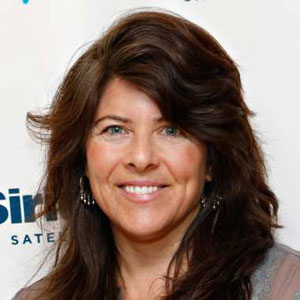 And that he’s too well-spoken:

He is not struggling for words, or thinking hard, as even bright, articulate whistleblowers under stress will do. Rather he appears to be transmitting whole paragraphs smoothly, without stumbling.

It’s also crazy, she claims, that he acknowledged the potential consequences of his actions:

… in my experience, real whistleblowers are completely focused on their act of public service and trying to manage the jeopardy to themselves and their loved ones; they don’t tend ever to call attention to their own self-sacrifice. That is why they are heroes, among other reasons. But a police state would like us all to think about everything we would lose by standing up against it.

In stories that intelligence services are advancing (I would call the prostitutes-with-the-secret-service such a story), there are great sexy or sex-related mediagenic visuals that keep being dropped in, to keep media focus on the issue. That very pretty pole-dancing Facebooking girlfriend who appeared for, well, no reason in the media coverage…and who keeps leaking commentary, so her picture can be recycled in the press…really, she happens to pole-dance? Dan Ellsberg’s wife was and is very beautiful and doubtless a good dancer but somehow she took a statelier role as his news story unfolded…

“From the standpoint of the police state and its interests,” she concludes, “why have a giant Big Brother apparatus spying on us at all times unless we know about it?” There’s much more here, unless the Man gets to it first.