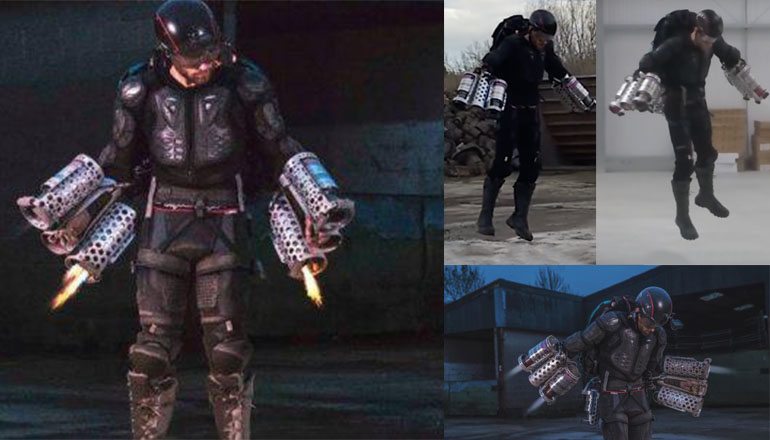 The coolest thing, apart from the fact that it friggin’ flies is its cost: a little under $50,000. That’s not exactly Tony Stark territory, to be honest.

Browning, a former Marine and currently an oil trader for BP said it was always his dream to achieve human-powered flight. Although he knew this was an “eccentric realm”, Browning decided to put his dream to the test a couple of years ago.

After going through various designs with moderate success, he managed to develop a somewhat stable version of the suit, which he named Daedalus, after the skillful craftsman from Greek mythology.

If this man takes to the sky, how many flying humanoid sightings will he be responsible for? 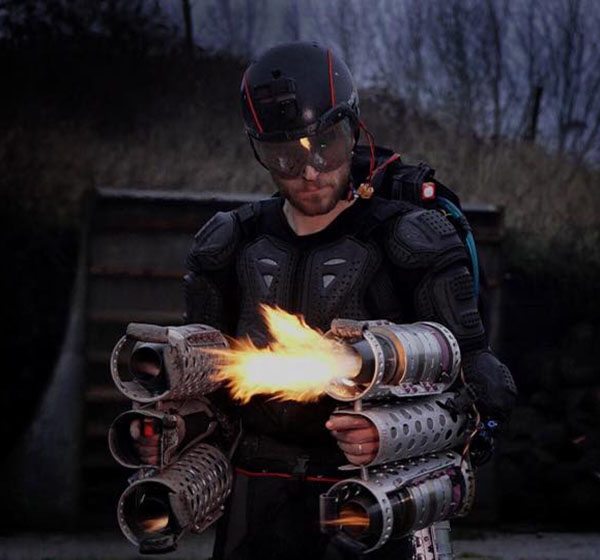 The suit consists of a light exoskeleton and an assembly of six gas turbines (think mini jet engines) strapped to his arms and back. The combined thrust of the turbines give him 130 kilograms of thrust (286 pound-force or 1275 Newtons), which is more than enough to lift him off the ground. The fuel is stored in a backpack, a dangerous position nonetheless, since we all can agree jet fuel can melt human backs.

The most difficult aspect to achieving and maintaining controlled flight is well…the control part. While Iron Man had the assistance of his advanced AI assistant J.A.R.V.I.S., Browning has to rely on his own body and mind to control Daedalus. In order to improve the synergy between man and machine, the inventor runs ultramarathons and practices callisthenics, a type of gymnastic exercises taught to Royal Marines.

The suit is on a constant improvement schedule, so it’s far from being fully developed. The latest addition was a heads-up display that will allow Browning to monitor the fuel levels, speed and other factors.

“We’re a long way away at the moment,” Browning told WIRED. “But one day you’ll literally be able to walk around in your garden, take off, fly about, then come down low and land.”

Well, we might not have hoverboards yet but if Browning manages to attract the attention of wealthy investors, we could soon drool over real-life Iron Man suits.