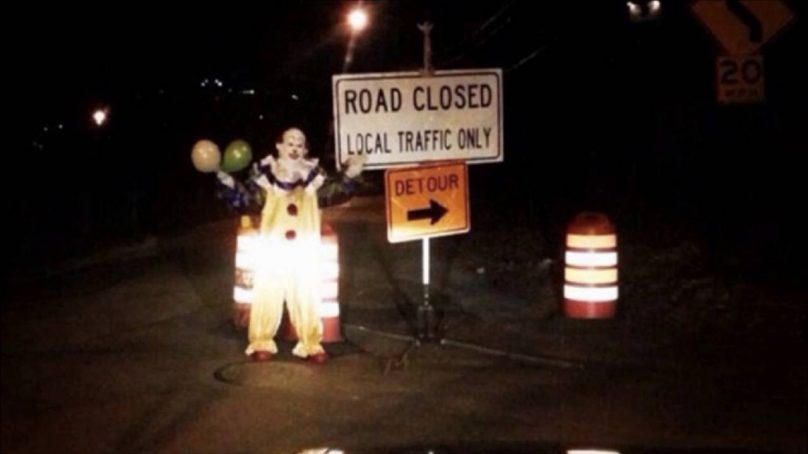 When we think of what keeps us awake at night and truly scare us we tend to think of vampires, werewolves, and zombies.  We convince ourselves of the fear of these entities, but there is one group of cryptids that tend to be forgotten even though many people share a common fear of them; Killer Clowns.

Many of us enjoy going to a circus to see animals and gymnasts, but when the clowns emerge, we seize up with feelings of unknown dread.  While we are supposed to find clowns funny or at a minimum humorous, but deep inside we dread what we see for unknown reasons.  We are not sure why, but we do not like what we see. 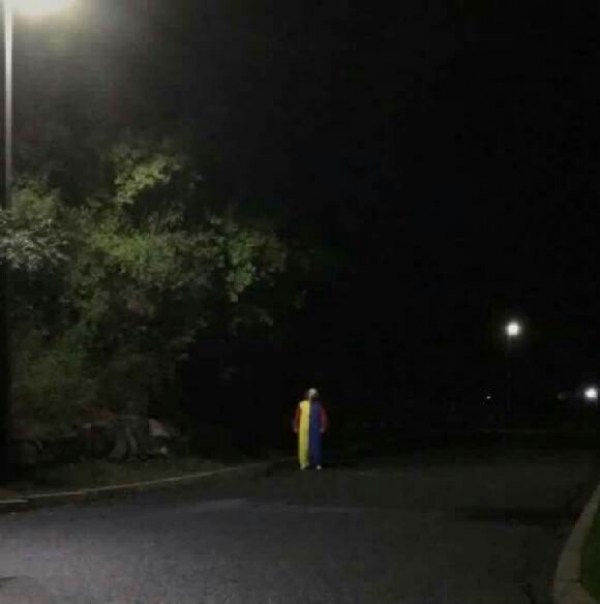 Recently in the United States, we have had good reason for these fears as creepy clown sightings have been on the rise all around the country.  These clowns have come at all times of day, yet mostly at night scaring individuals or committing acts of petty vandalism.  Despite being caught on tape in many instances, no clown has been arrested or detained by authorities.

In August 2016, residents of Greenville County, South Carolina reported multiple instances of creepy clowns near wooded areas trying to lure people into the woods and visit the home of the clowns deep in the woods.  Sometimes these clowns had been seen with balloons, while other clowns have carried bladed items like machetes.  Residents in the area even fired shots into the woods in order to scare the clowns away, but no blood or bodies were recovered as reports of clowns continued.

In the weeks after these sightings, more reports of clowns emerged throughout the United States.  In Florida, clowns were reported to laying in ambush for people, chasing cars, scaring walkers, and being filmed on the porches of homes in the middle of the night.  Pennsylvania had reports of two men dressed as clowns driving around to scare people, and a clown was seen looking into the windows of peoples’ homes.  Kentucky, Virginia, Wisconsin, and Ohio all filed public safety alerts about clown sightings.

The modern fears of clowns may come from the 1980s.  Stephen King published his popular book, IT about a interstellar clown monster named Pennywise that killed children in many gruesome ways.  Also, in the early 1980s, a rash of clown sightings in Boston, Kansas City, Denver, and other areas saw clowns try and entice children into vans with promises of candy and toys.  While no children were reported as harmed, no clowns were apprehended.  The clowns came to be seen as Bogeymen, the personification of the peoples’ fears.

The next time you hear a knock at the door, be careful when you turn on the light, because you never know what might be staring back at you.