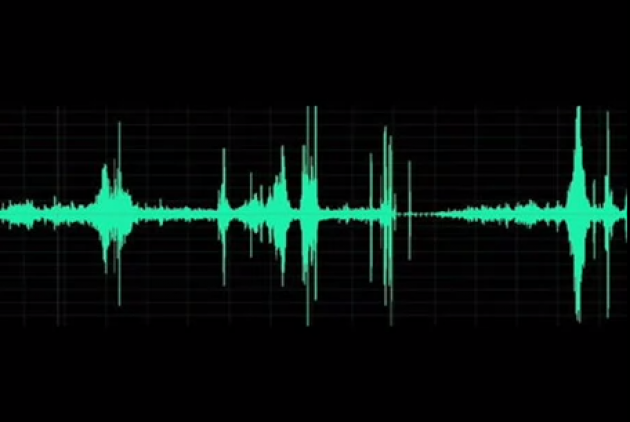 When your Sleep App records more than just your sleep

When my head hits the pillow every night, I usually fall asleep relatively fast. Of course this is after I’ve triple-checked all the doors and windows and made sure that they were locked tight so that no murderer can easily climb into my place and slice my neck while I’m counting sheep. Yes, I’m a paranoid individual. I thought you knew?

However the real reason why I sleep soundly every night is because I have two very alert dogs. They’ve made it their business to actively patrol the grounds while my wife and I sleep. Then I read the following story on Reddit and it made me  want to adopt a pack of timber wolves next.

I use an app called “Sleep As Android” to improve my sleep. One of the features is that it records your night time noises – snoring, sleep talk, cover ruffles, coughing etc. I’ve been using the app since October 1 of 2013.

I’ve never caught anything other than sounds created by me changing positions or coughing or something like that (although I’ve been told several times I talk in my sleep by other people). On 12/30 at 2:04 am I caught something VERY weird. To set up: This night I was sleeping in my bed – my 3 year old was with me that night as he is scared of the dark. It was just the two of us in the whole house.

The next night I decided to go through and delete my recordings and saw this particular record. In it, you can here some clicks that start to get louder over the course of the recording. Eventually you can hear me say “What are you doing??” and immediately after there is a deep voice that says “Nothing”. The clicks become very loud at that point and at the very end of the recording you hear the same voice say “That’s them” (I think?).I am pretty creeped out by this. I don’t remember being awake that night.

The only plausible explanation is that I answered my own sleeping talking but the voice doesn’t even sound like me or something I could emulate. It definitely doesn’t sound like a voice my preschooler could emulate, either. I have no idea what the clicks could be.I keep a fan going at night for white noise but the clicks sounds like they’re coming from right near my phone (which is placed right by me on my bedside table). I want to say that I’ve picked up the clicks a few times on recordings before but deleted them thinking it was nothing – this is the first time I’ve ever heard anything, though.

Screenshot showing the time and date of the recording: 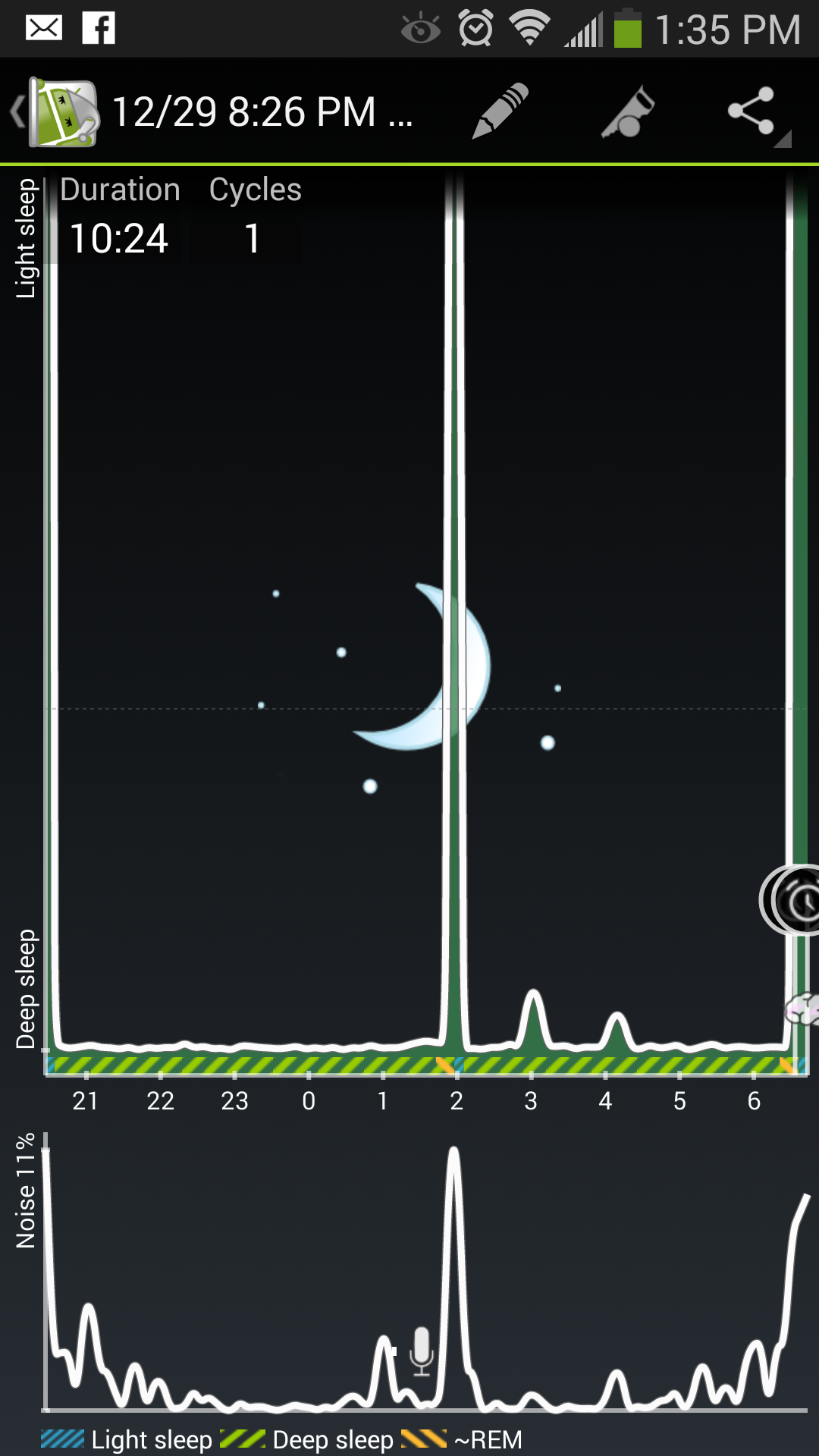 Edit #4  I have caught no more voice recordings since then. Also, as suggested by several people, I’ve beefed up my home security, changed locks, that kind of thing. This happened 4 months ago. Since then, I have had no more weird voice recordings BUT there were one or 2 more instances of the clicking noise waking me up at night. During one of the times that it woke me up, I sat up and tried to hear where the sound was coming from (even though I was pretty scared). The sound seemed to be coming from the area of my fan )about 12 feet away from my bed) but the closer I got, it started to fade away. When I got to my fan, it wasn’t coming from my fan at all that I could tell and it just stopped. Very weird. Also, I took someone elses advice and walked through my house shortly after the final clicking and asked that whatever it was to please leave my house and that my son and I were scared. I felt like a complete ding dong doing that, though, but I was up for trying about anything. I’d say nothing weird has happened for about 3 months now. I am completely fine with that. This experience really messed with me for awhile.

Here’s a cleaned up version of the audio:

Right away Redditors began to speculate that what she captured wasn’t anything paranormal, but rather a home invasion caught on audio. Which, in all honestly, is the worst case scenario. Click on the image below to read the chilling comment a Redditor made and Redwantsblue80‘s reply: 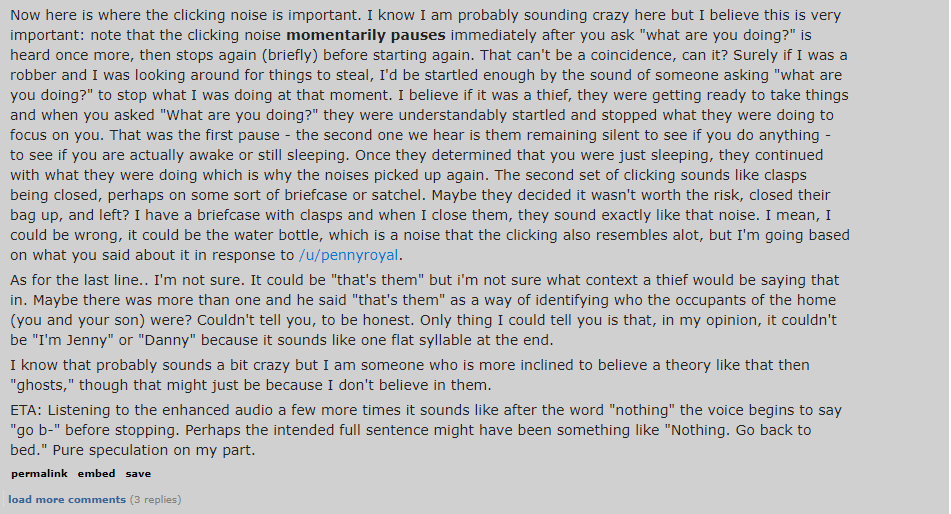 What initial was thought to be an EVP caught on tape, turned out to be creepier in real life. This incident happened over two years ago and since then Redwantsblue80 has moved residences. She’s thankful enough that this was an isolated incident and that nothing harmful came from this.

If you use a sleep app, when was the last time you checked your nightly recordings?

New York’s Island of the Dead