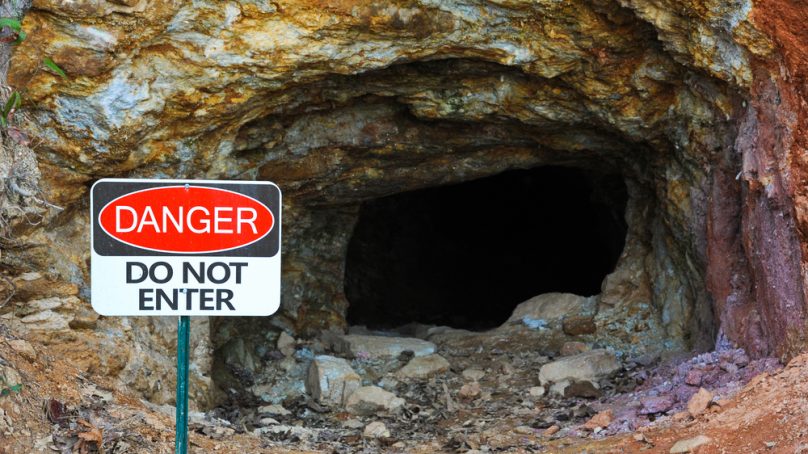 I take my dog out for walks in one of Brooklyn’s oldest and biggest cemeteries. Short hills littered with graves and trees that spread out across hundreds of acres. She likes the scenic route which takes us near a grassy hill that’s filled with pieces of busted headstones half-buried in the ground. There are several moldy graves and crumbling mauthing. Sas well. It was there that I had stopped to tie my shoe and casually snap a photo of my dog. I was able to take two photographs before my phone’s battery drained completely.

So the following day I did the same thing. Same route, same time, same attempt to snap a picture. I got the same results. My battery drained within 2 or 3 pictures taken. It had drained from 100% to 0% (turned off completely) in a matter of seconds. So I tried it a third time and got the same results. At that point, I looked at my dog and told her that from now on we would be walking on the other side of the cemetery. No issues taking pictures on that side. Where there’s smoke, there’s fire. Right?

Those who aren’t chicken shit like me would love to investigate this phenomena a bit further. Like the guy that runs the YouTube channel Exploring Abandoned Mines. For almost a decade he’s been posting videos of his adventures into abandoned mines around the Nevada area. Amongst the extensive video list, there are two or three videos in which he managed to capture something eerie. Disembodied whispers, noises, and voices deep in the desert’s underground.

What makes these recordings creepy is the fact that this guy is not out there trying to collect evidence of ghosts. He’s out there (or down there) exploring mines.

Listen to the whispering in this video as the explorer ventures deep into the Waldeck Mine while attempting to give a review of his new flashlight. Starts at the 12:00 minute mark:

The indiscernible whispers are low but clear enough to let us know that it’s not wind nor an animal making them. If we take the explorer’s word on this, there is no hoax or audio effects in play. What you are listening to is raw audio from deep inside the Waldeck Mine.