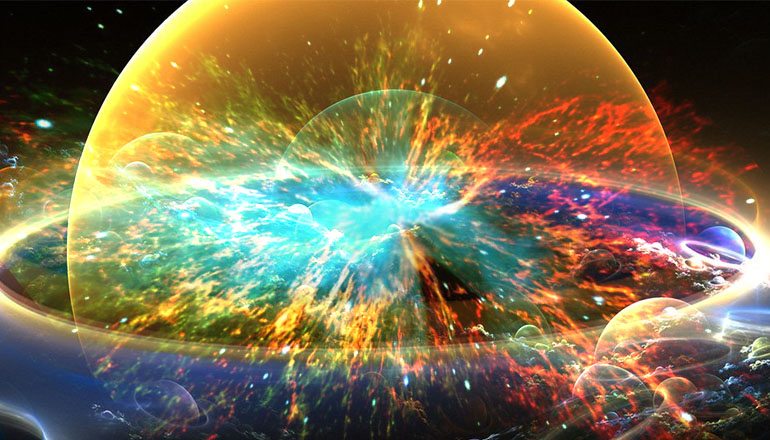 For a few minutes, the cataclysmic explosion produced a thousand times more energy than all the stars in the galaxy combined.

The mysterious flash in the X-ray spectrum was spotted by the NASA’s Chandra X-ray Observatory as it was peeking into the farthest reaches of our universe. Astronomers suspect the bang can be attributed to some sort of destructive event but they admit they haven’t seen anything like it before.

The source of the cosmic explosion was found in an area known as the Chandra Deep Field South (CDF-S) and the region itself is quite strange.

Before October 2014, the CDF-S looked like an unassuming chunk of space, that is until the event occurred and the area became 1,000 times brighter in the space of just a few hours.

Following the incident, astronomers pointed both Hubble and the Spitzer space telescopes towards the source of the massive explosion and after thousands of hours of carefully gathering data, they were able to pinpoint the exact location to a small galaxy 10.7 billion light-years from Earth. 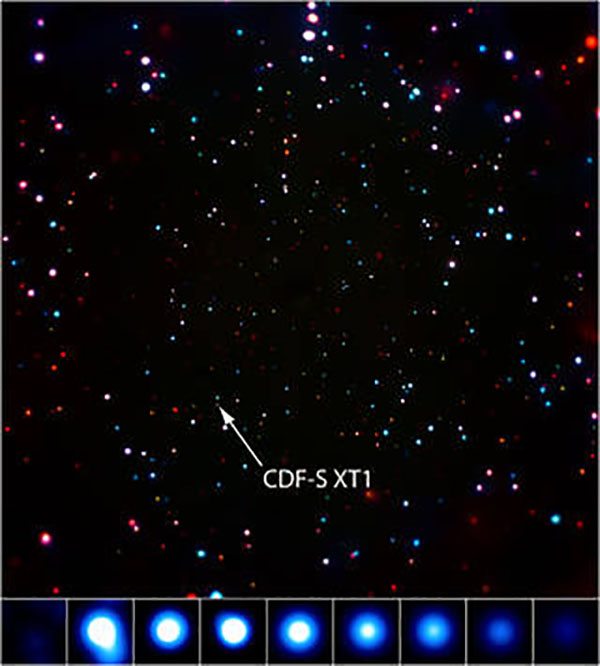 This meant that the cosmic boom that put out more energy than all the stars in the galaxy combined took place more than 10 billion years ago, when galaxies were very young. The early universe seems like it was a wild and dangerous place.

Understandably, this singular event took astronomers by surprise and ever since they witnessed it unfold, they’ve been struggling to grasp its importance.

“Ever since discovering this source, we’ve been struggling to understand its origin,” said Franz Bauer of the Pontifical Catholic University of Chile in Santiago, Chile. “It’s like we have a jigsaw puzzle but we don’t have all of the pieces.”

There are several theories attempting to explain the explosion and all of them involve detonations powerful enough to rip the space-time continuum a new one.

Scientists suspect the X-ray source could have originated with a gamma-ray burst, GRB for short. GRBs are massive surges of energy that happen when enormous stars collapse or when neutron stars collide with one another. Another plausible source for a gamma-ray burst could be the merger between a neutron star and a black hole.

To get a sense of what went on, you first need to know just what kind of heat a neutron star is packing. Neutron stars are collapsed cores of massive stars and they are the hottest, densest type of stars in our known universe. Although their diameter rarely exceeds 20 miles, they typically weigh twice as much as our own sun. This means that a matchbox of neutron star matter would weigh about 3 billion tonnes.

Oh, and they spin like crazy. The fastest neutron star revolves around its own axis a whopping 716 times per second, which means that if you could theoretically exist on its surface, you would be traveling at a quarter of the speed of light.

Now imagine two of these bad boys running into each other. GRB moment right there.

We may have observed a completely new type of cataclysmic event.” 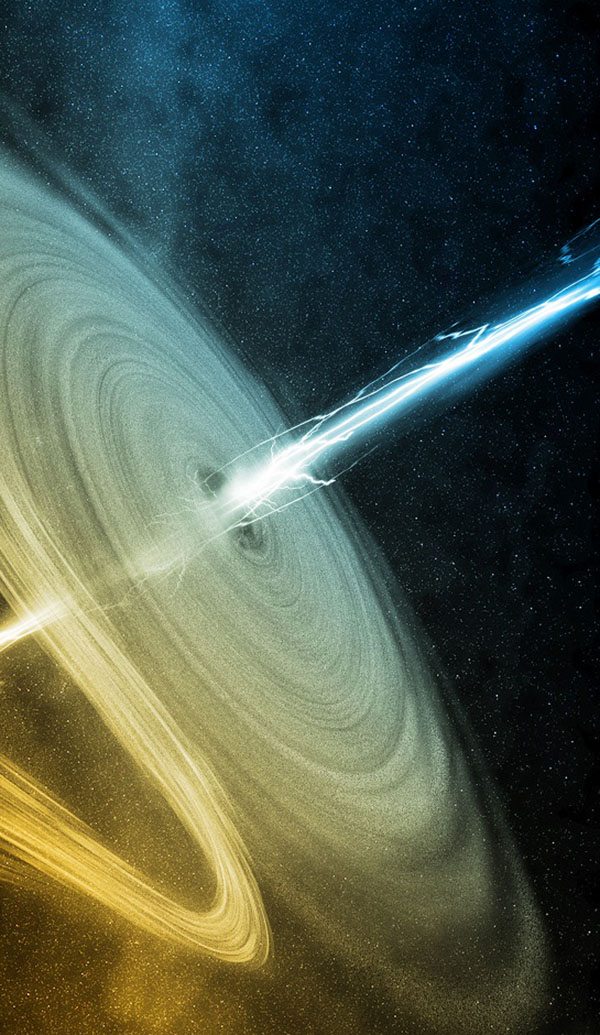 Another explanation for the oxymoronic mini big bang could be a medium-sized black hole sitting down to devour a white dwarf, with the X-ray emission as a result of the black hole being a messy eater.

Unfortunately, “none of these ideas fits the data perfectly,” said study co-author Ezequiel Treister, “but then again, we’ve rarely if ever seen any of the proposed possibilities in actual data, so we don’t understand them well at all.”

So what’s all this have to do with us? you might ask. Well, picture a GRB as a jetted discharge of energy, or better yet, a big-ass cosmic death ray. Should one occur closer to home (that is, somewhere in the Milky Way galaxy) and if the Earth stood in its path, a gamma-ray burst could theoretically wipe us out.

It could deplete the ozone layer by as much as 75%, massively increasing ultraviolet radiation to a point where no amount of sunscreen would offer protection. It would cause chemical reactions in our atmosphere that could lead to what scientists call a “cosmic winter” as well as global acid rains. The effects would last for years.

Scientists suspect such an event took place in Earth’s distant past and it could be responsible for the Ordovician-Silurian extinction events some 450 million years ago. RIP trilobites and nearly 85% of all marine species at that time.