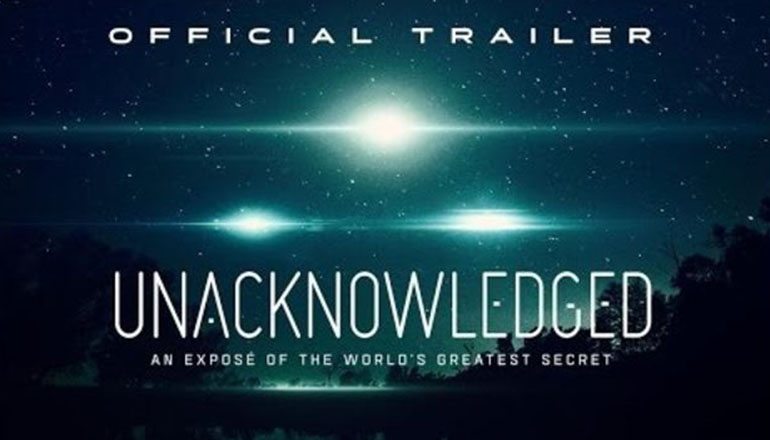 The trailer for the upcoming documentary Unacknowledged is out and it’s awesome.

The wave of recent movies revolving around extraterrestrials proves the world is interested in this subject like never before, but when it comes to aliens and UFOs, the hidden reality is far stranger than anything Hollywood producers can come up with.

Scheduled for release on May 9, Unacknowledged is a documentary that tackles the world’s greatest UFO secrets. The film was written and co-produced by Dr. Steven Greer, one of the most prominent figures in the field of UFO and extraterrestrial research and it promises to lift the lid off real UFO discoveries that the United States Government has been keeping secret for decades.

Unacknowledged will feature behind-the-scenes interviews with high-ranking officials and witness testimonies. The documentary also promises to show ample UFO footage and documents, 80 percent of which have never been revealed before.

Dr. Greer’s interviews reveal that behind the deep secrecy that surrounds the UFO enigma lie the dark interests of the Military-Industrial complex. In support of the controversial statements it makes, the documentary will present briefings with top Pentagon personnel, the Director of the Central Intelligence Agency and presidential advisor John Podesta.

In the documentary’s trailer, Dr. Greer discusses the Roswell crash landing, deep black budget programs and false flags. A staple presence in all serious UFO documentaries, Stephen Greer has appeared in features such as Sirius, The Day Before Disclosure and Thrive.

He is also the founder of CSETI (Center for the Study of Extraterrestrial Intelligence) in 1990 and the Disclosure Project in 1993. Both organizations are working towards the disclosure of suppressed UFO information.

Unacknowledged will be narrated by Giancarlo Esposito, best known for playing Gus Fring on Breaking Bad.