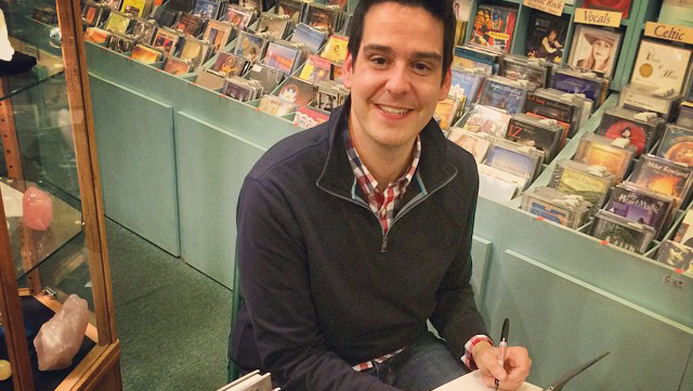 Are psychics real? Can they really do all the things they claim – like read minds, foretell the future, or talk to dead people? I can’t vouch for every claim made, but several years ago I became acquainted by someone whom I consider to be an authentic psychic – Dougall Fraser, and have since attended a few of his talks and workshops. What I’ve learned during the workshops as well as through observation of his style and honesty has convinced me that, understood correctly, psychic “abilities” are very real.

I recently saw Dougall at a talk he gave in Mountain View a few weeks ago. During his talk he gave readings for a handful of people in the audience, and there were a couple of things that I took note of.

Often times psychics will give readings for an audience by throwing out a guess and seeing if it resonates with anyone – something along the lines of “I’m sensing an older male whose name begins with a P …” Chances are someone can match it with someone else in their life, so it’s easy to debunk that type of approach.

Dougall Fraser does not use this approach. Instead, he would pick someone from the audience and then give a brief reading based on the colors he saw around the person. It seemed as if he picked people whose colors jumped out at him or intrigued him in some way. And what he had to say resonated with the handful of people had time for that evening.

The other thing that impressed me was that he acknowledges that sometimes he just gets it wrong. He doesn’t claim to be infallible and doesn’t try to cover up for a bad reading or try to make it work no matter what. Not to say that any accuracy in his readings is due to random chance. No, his hit rate is too high for that to be the case.

But the main reason I’m convinced that there is actually something real happening is based on my own experience. Dougall Fraser believes that everyone can learn to be a real psychic, and so conducts workshops to help people be on their way to develop those abilities. It was during one of those workshop that I saw firsthand what it’s like to pick up impressions that have some connection with the outside world.

These impressions are subtle, and require two things in order to be perceived, especially at first – stillness and attention. It was after some meditation and exercises to open up our consciousness that I knew that another participant had a daughter. I wasn’t trying to play detective or pick up on cues … I actually saw a young woman that had an obvious strong connection with this gentleman, and I knew she was his daughter. The focus was intense so I also knew that she was his only child. It’s hard to explain the sensation of “knowing”, but it was there.

The scientific side of me does believe that eventually science will discover the physical mechanisms that are at work to make psychic abilities authentic. The fact that science hasn’t reached that discovery doesn’t detract from the fact that something is going on that enables people to gather information in a way not easily explained. But be warned, there are charlatans out there who do play on people’s beliefs and who are masters of psychology. This makes it even harder to figure out what is real and what is not.

The thought of experiencing psychic abilities was intriguing to me at first. But for some reason I don’t feel the desire to work (and yes, it would take work) to develop them to any meaningful level. Maybe because I don’t have to develop them … what little I’ve seen and experienced is enough.

Learn more about Dougall Fraser and his awkward path to modern psychic in his book But You Knew That Already: What a Psychic Can Teach You About Life

How You Can Benefit From Yoga and Meditation